I wanted to try and make my own paella for ages. Every shop bought one I tired, never tasted as good as a the ones we tried in Spain earlier this year. I wasn’t expecting big things from mine, as it’s the first time trying to make it. I wanted to give it a go anyway.
Went off to Sainburys and got lots of ingredients:

I had seen chefs make this on tell, but wasn’t too sure which way I wanted to make it. Everyone seems to do it differently. I started by cooking the garlic and onions in the biggest pan we have.

I next added the mini chorizo sausages. I cut these into slices. I left this cooking while I cut up the chicken. The smell was amazing already. The onions took the colour from the chorizo and I felt everything was going well. 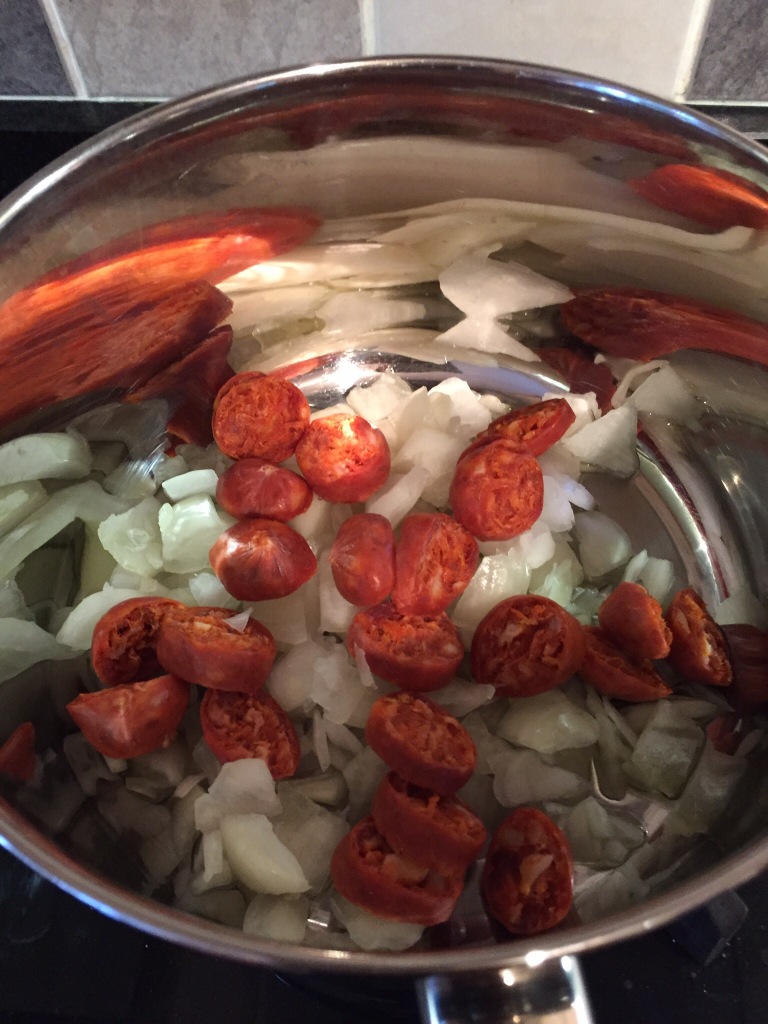 Added the chopped up chicken, I wanted small pieces so they wouldn’t take too long to cook.

Next up was the peppers, I used an orange and red pepper here. Kept these fairly thin slices. 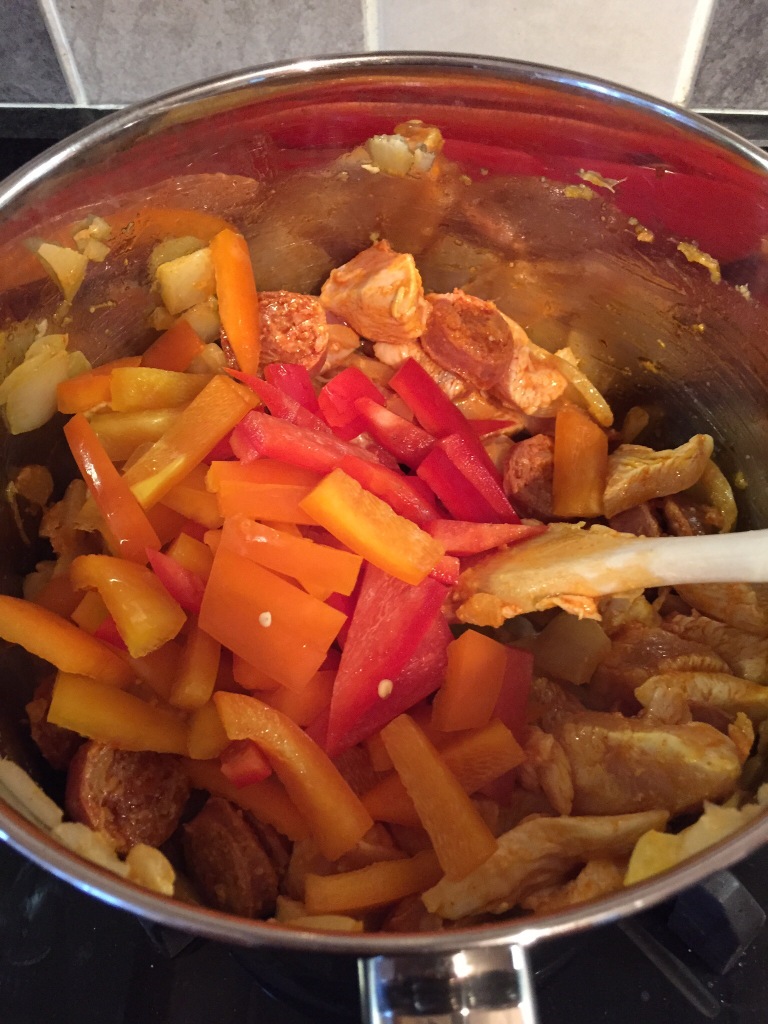 This is where I was clueless. I read the back of the paella rice box and tried to follow the directions. I added the rice to the pan so the flavours could attach to the rice before adding the liquid. I used two chicken stock cubes and boiling water. Added that to the bowl. This was now hard to is. It became really heavy and kept sticking the bottom of the pan. The rice absorb the liquid really quickly. I kept some stock back so I could keep adding liquid as I went along. I was rather sacred here that I could completely ruin the whole thing. I then added all the spices. Amanda kept sneaking in the kitchen and said it smells really good. This was a good sign.

I then added the seafood mix. This was a great find. Amanda spotted it in Sainsburys, it meant I didn’t have to buy sea food separately. I put this all into the pan and mixed it in.

The last thing I added was frozen peas. These only needed a few minutes. By the end of this I had arm ache from mixing it all. Next time I should make a smaller portion so it’s easier to do.

Me, Amanda and mum all had a bowl full. It tasted really good. Obviously not as good as having it in Spain, but it was good. We had loads left over. I gave a pot to Matt to take home. Another pot I filled up for Jose at work, who we went to Spain with. I told him he had to be totally honest with me so I could learn. He said it was really good. I am pretty pleased with my first attempt. I will be making this again. As I am writing this, Amanda, mum and dad are flying over to Malaga for a holiday! I bet I get loads of yummy Spanish food photos sent to me, making me jealous!