It was Sunday, so we wanted to have fun! Yes, Sunday funday! We headed to Hoebridge where they have a crazy golf course. The weather wasn’t great, which was good as it meant it wasn’t too busy. I’m not very good at golf, or anything sporty really. Mum didn’t want to play so half way round, she sneaked off to the restaurant for a drink. 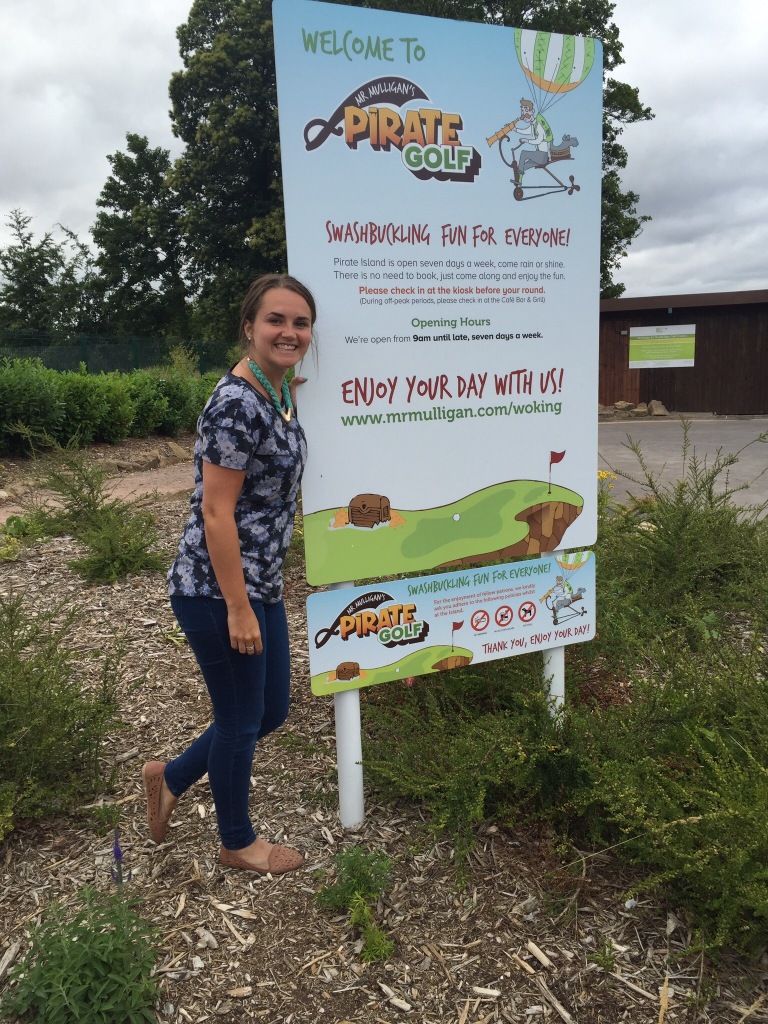 It’s a really good course. It’s pirate themed, and they have added little props around to set the pirate vibe. On one of the tees they even have s pirate boat. You have to hit the ball into a hole, which then goes into the pirate ship. Matt obviously got a hole in one. This however is just fluke! Inside the ship it’s all florocent lighting which is really cool. On another tee, you have to hit the ball through the skulls head! 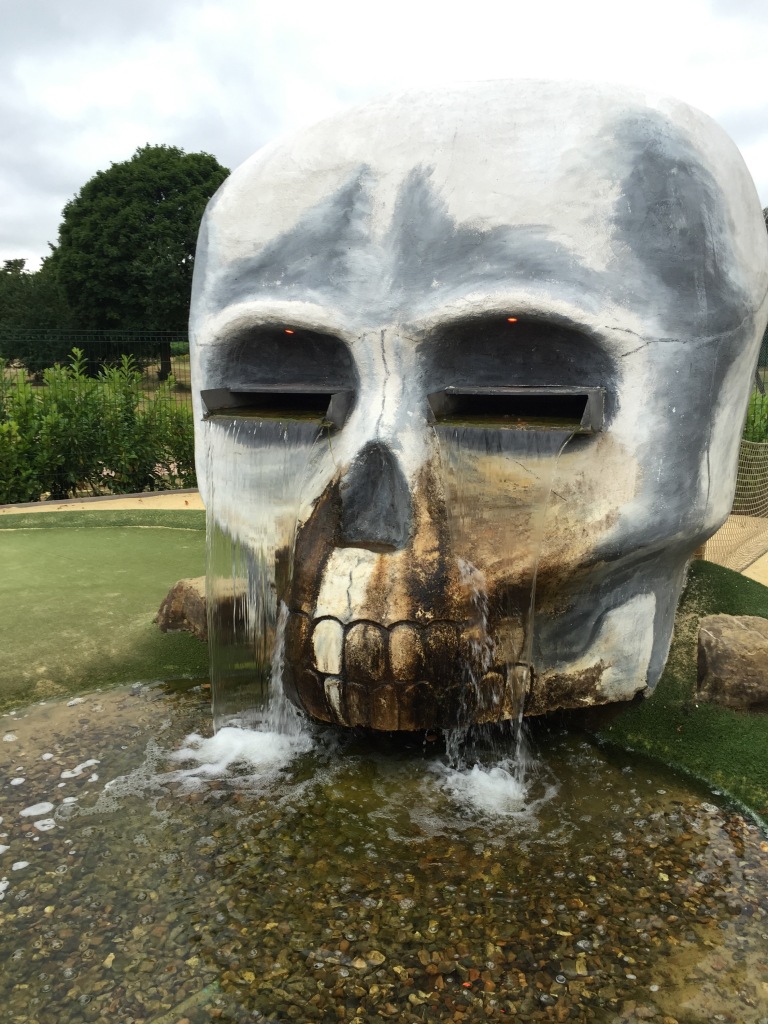 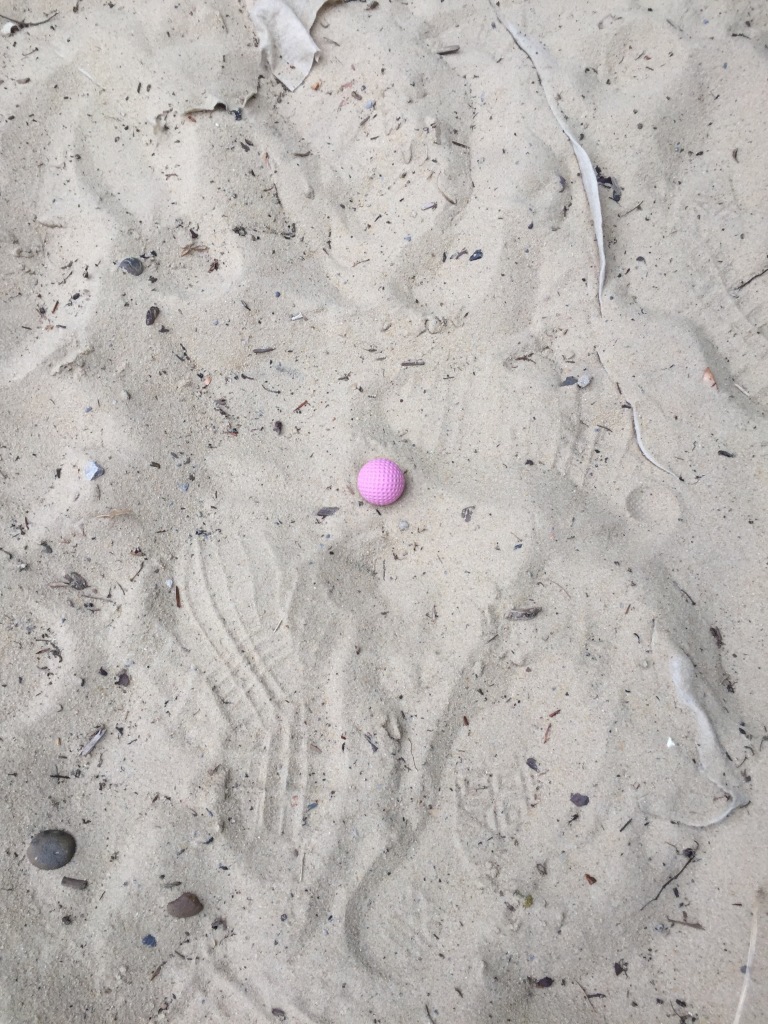 There are two little pull along boats. You step in and you need to pull you self along to get to the next tee. These are really good. When it’s busy it’s a bit annoying waiting around, but it’s all part of the fun.

Half way round, dad was winning, then Matt, then me! Not much in it between dad and Matt. The 2nd half of the course was more skilled based I think. At every tee there is a picture of their suggestion in the best way to travel, ones and easy route, the other the hard route. I think the boys should have used the hard route, and me the easy one. Would have made it a better competiton! 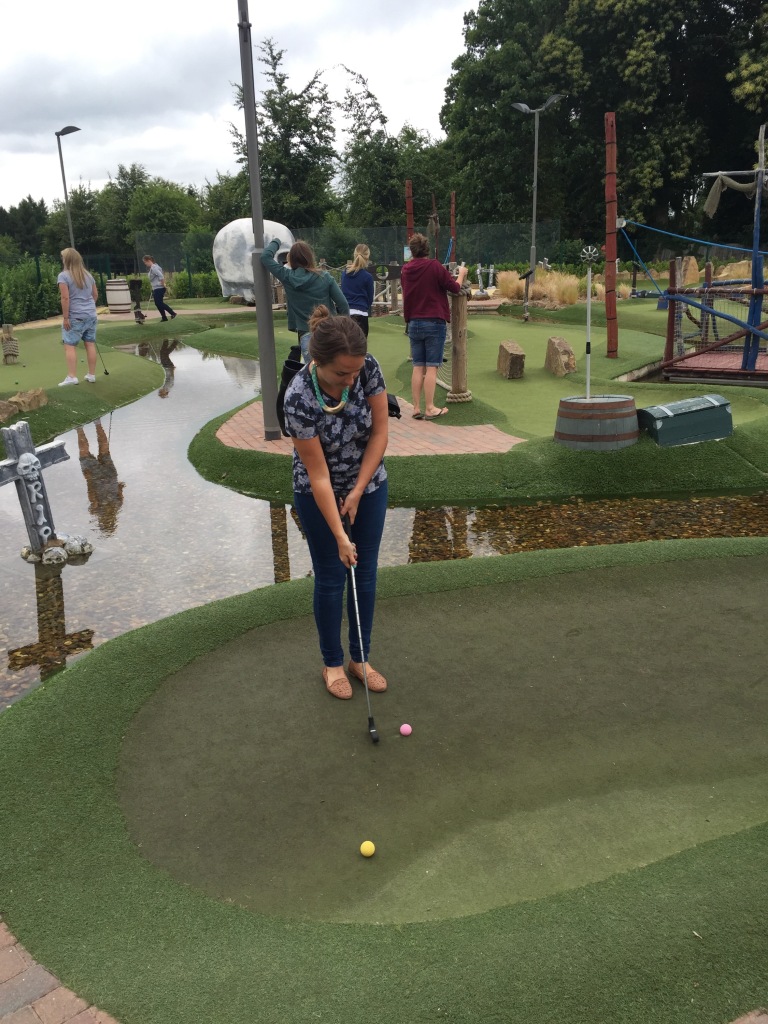 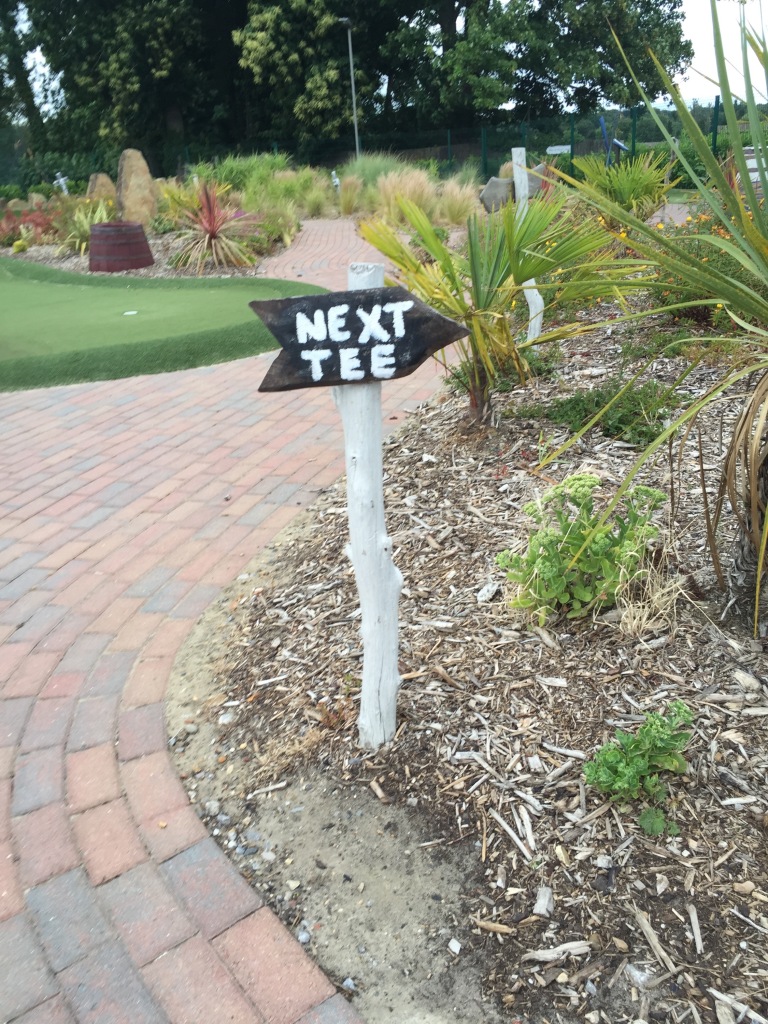 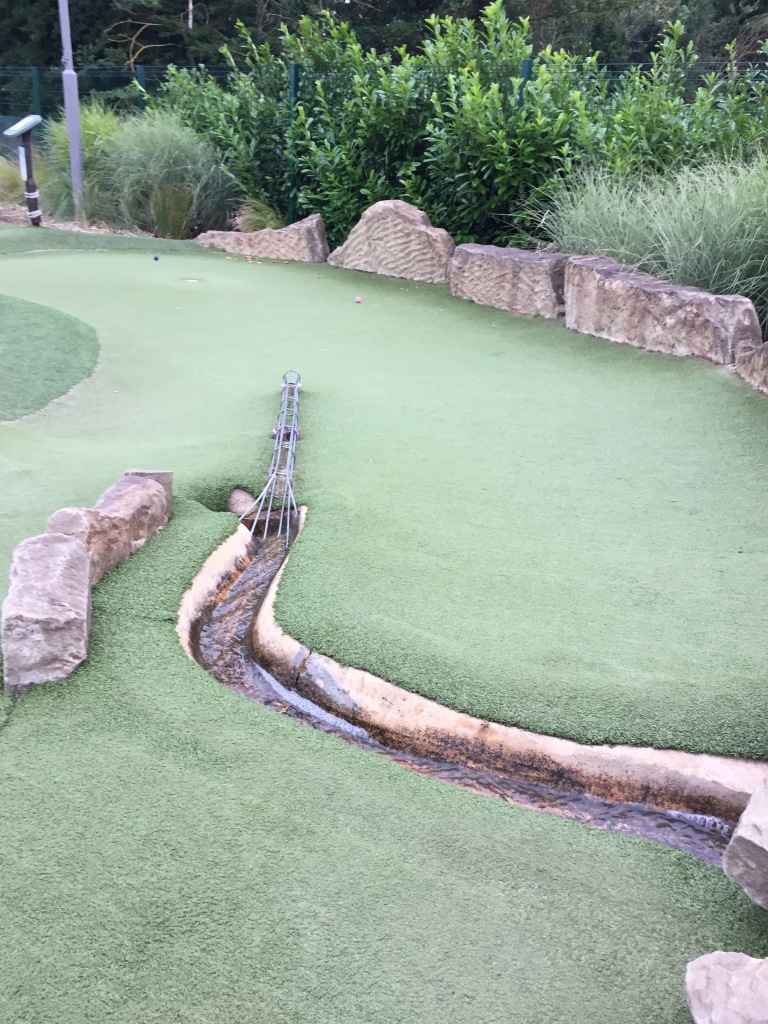 On the end hole, as soon as you hit the ball into the hole, the ball disappears and travels back to hut. This stops you going on and playing again for free. We then headed into the restaurant to meet mum and add up the scores. I think Matt secretly added them up before we even sat down. Matt won! Think dad is already planning a re-match. I should do a few practise goes before we head back.

We decided to have a bit of dinner. Once again I was stuck for choice! In the end I went with a mushroom pasta. This was really nice. The sauce was creamy and had a hint of garlic, just a small amount which was good. It comes in a big bowl which was great as I was rather hungry – just like normal really! The sauce was thick enough it just coated the pasta. Some times with these dishes the pasta is swimming in sauce which I really don’t like!

Matt went for the chicken burger with thick chips. Dad went for the normal burger with thick chips. He did ask for the plain burger, just a warning, this does come with salad and mayonnaise. If you want it plain (bun burger bun) then make sure you tell them. Matt said some of his chips seemed hard and a bit under cooked. Apart from that they both liked their dinner. Both of these came with a pot of salad dip.

Mum had studied the menu, she was all prepared. She was having omelette with cheese and onion. This also comes with chips. They had run out of skinny chips so she had thick chips too. I’ve had the omelette here before and it was good. She enjoyed hers today too. She sneaked the salad off dads plate and ate that with it too.

Overall, I wouldn’t rush back here for a dinner. If I was there playing golf I would go back in there though. So I would rate the food and day out as 7/10.