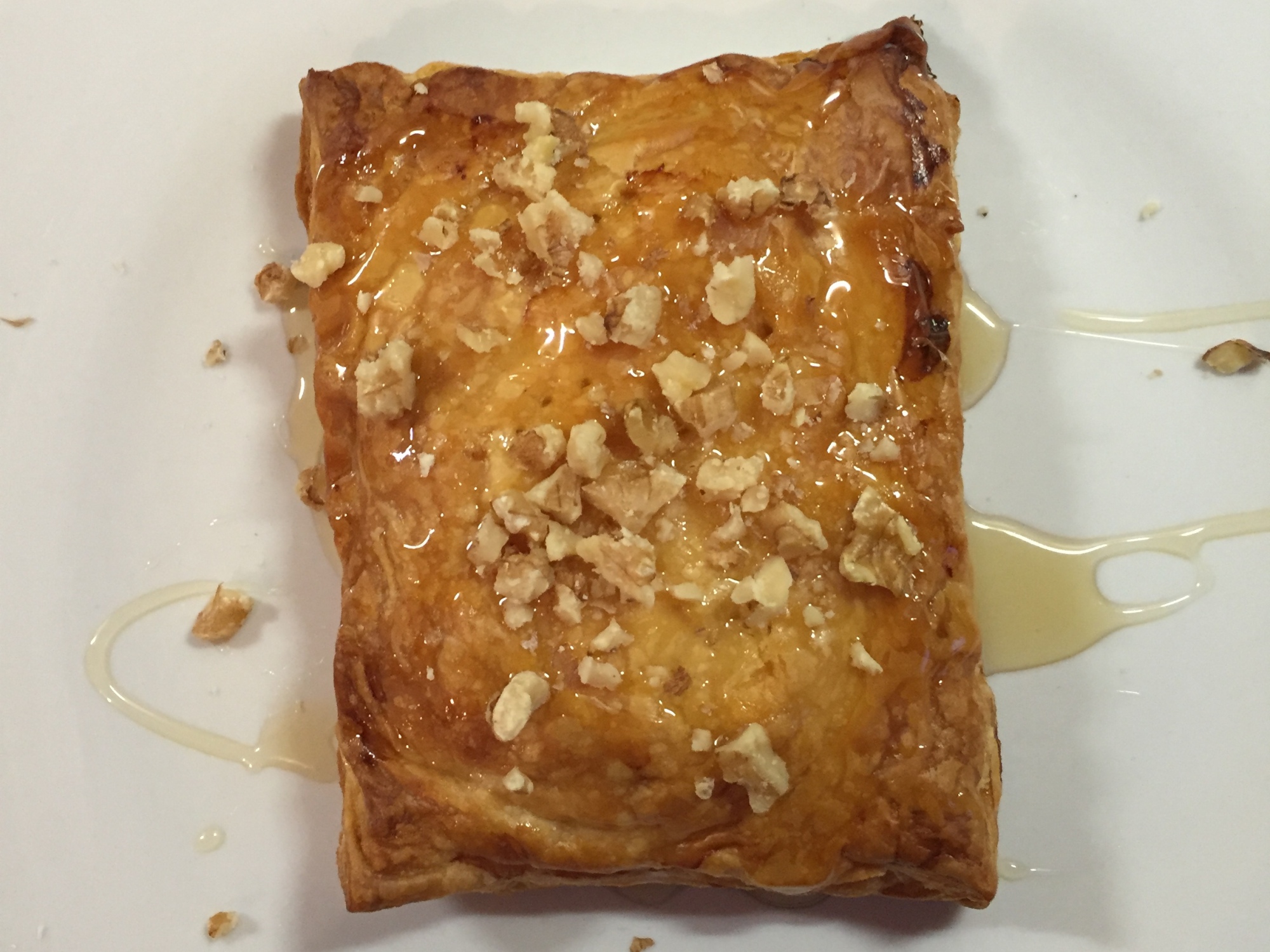 I wanted to re-create the delicious one I had in Corfu, as it was amazing. I cheated a bit and bought already made and rolled pastry, this is so much easier than making it from scratch. I needed the following ingredients:

I started off and cut the pastry into 6 pieces. This would then make 3 parcels. 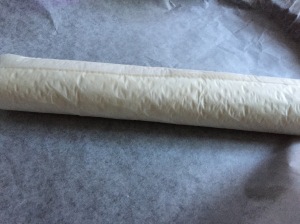 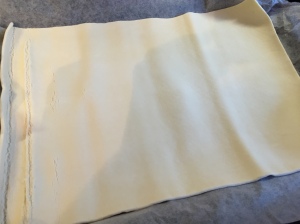 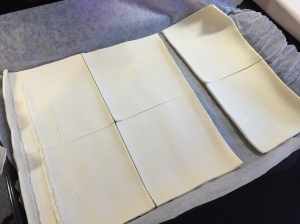 I then cut up the feta and broke it all up and crumbled it onto 3 bits of pastry. 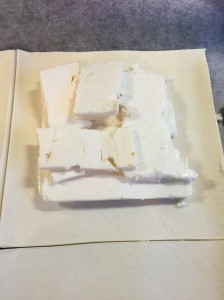 I then had to seal the parcels together. I wasn’t sure which way to do so I did two different ways. I just squished the sides together so they stuck together. The other way I used, is the same way I use when I make pies, I used a fork to combine the lid and base together. This way looked prettier I think. Both ways worked well. 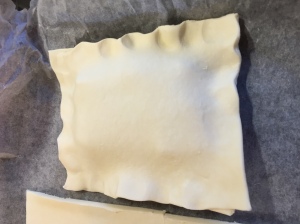 I then used some milk to make sure the sides were stuck together, and used a brush to add a little bit on the top to help it get a nice golden colour in the oven. I used the fork to make small hole in the top of the parcel.

Put them all in the oven for about 30 minutes until the pastry was cooked. Feta doesn’t really melt so it just needs to heat up. Once they were cooked I took them out and added some honey to the top. I then added some crushed walnuts too. 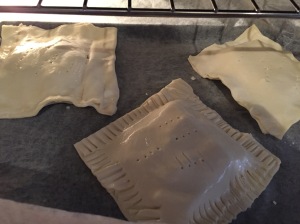 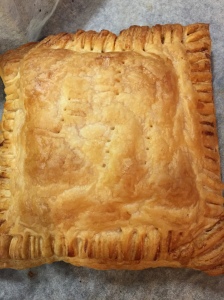 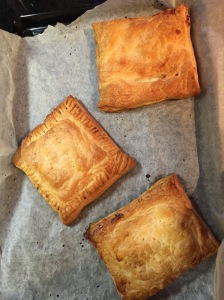 I tasted mine and it was good. Obviously not as good as the ones in Corfu but it was good. The feta cheese with the honey works really well together. I’m not normally a fan of honey but as its only drizzled on the top it works well. 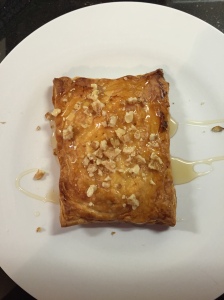 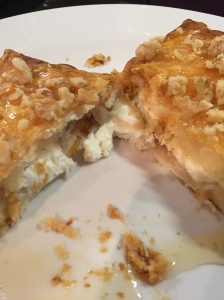 Next time I think I will make smaller parcels as mine were really big and looked a bit like Cornish pasties. I think I would use melted butter on top of the parcels instead of milk too. They are really easy to make and would be good for a party. If you make small ones and serve them on a platter, they would look great! If I attempt this version I will upload a photo to Instagram. 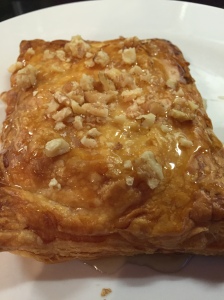 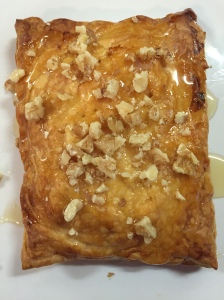 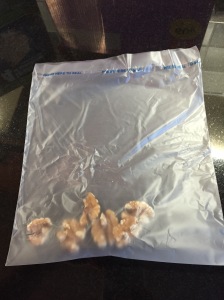