The day was finally here, we booked the tickets in October last year. Me and Matt were off to see Ed Sheeran at Wembley stadium. We wanted to go early to have dinner in the outlet shopping centre, which is just outside the stadium. Ed Sheeran didn’t come on till 8.30pm. We left mine and headed to London at about 4.30. I am one of those annoying people in London, taking photos of everything as if I have never been to London before. 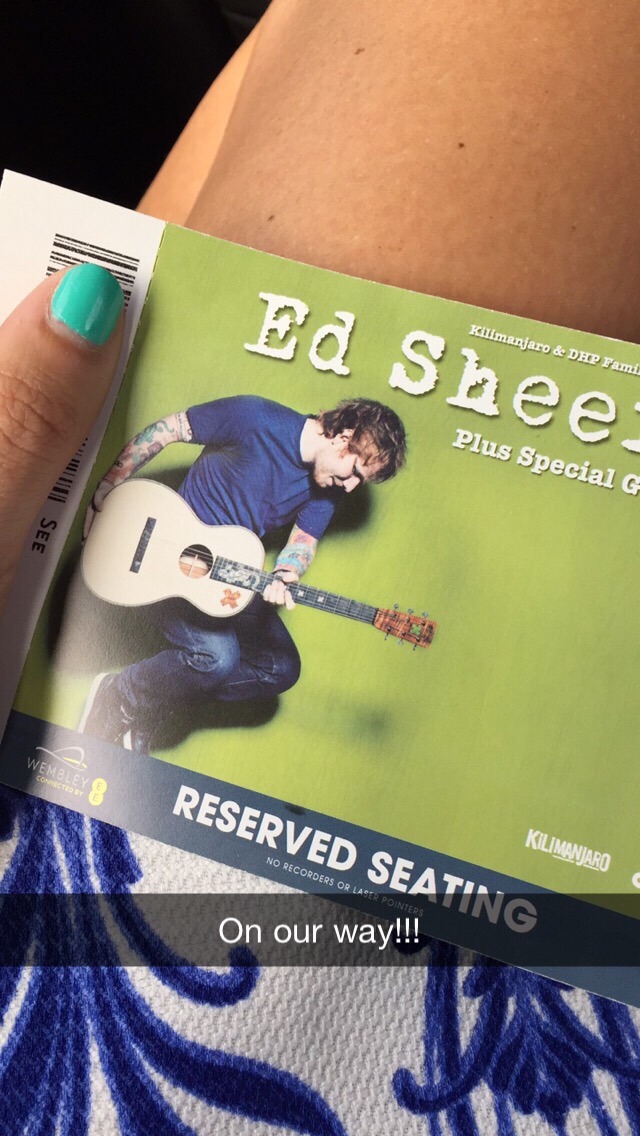 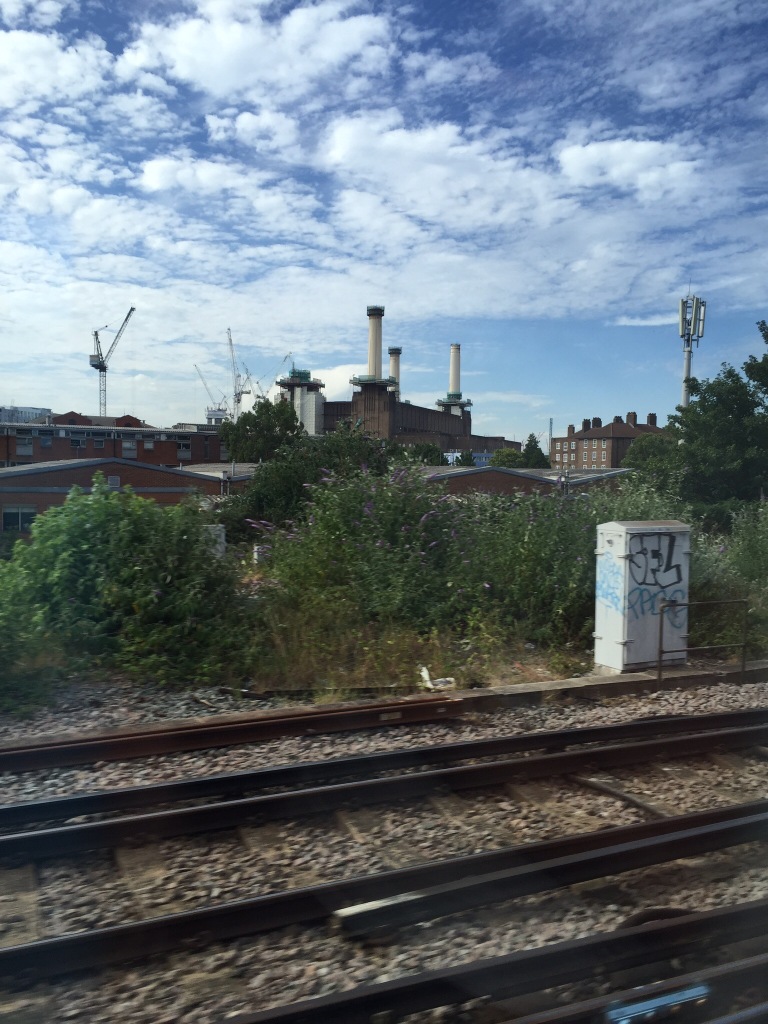 It didn’t take long to get there. Train from Woking to Waterloo, then the jubilee line to Wembley Park. It was such a hot day so I froze some drinks to take with us, as we all know the tubes are like a sweat box. These were great and kept us cool. No sweaty Betty’s here. The walk from the tube station to the stadium was crazy, the atmosphere was already buzzing and there was crowds of people every where. Some people chilling watching the tennis on a huge screen, people out for drinks enjoying the sunshine, but must of us were there for the main event! 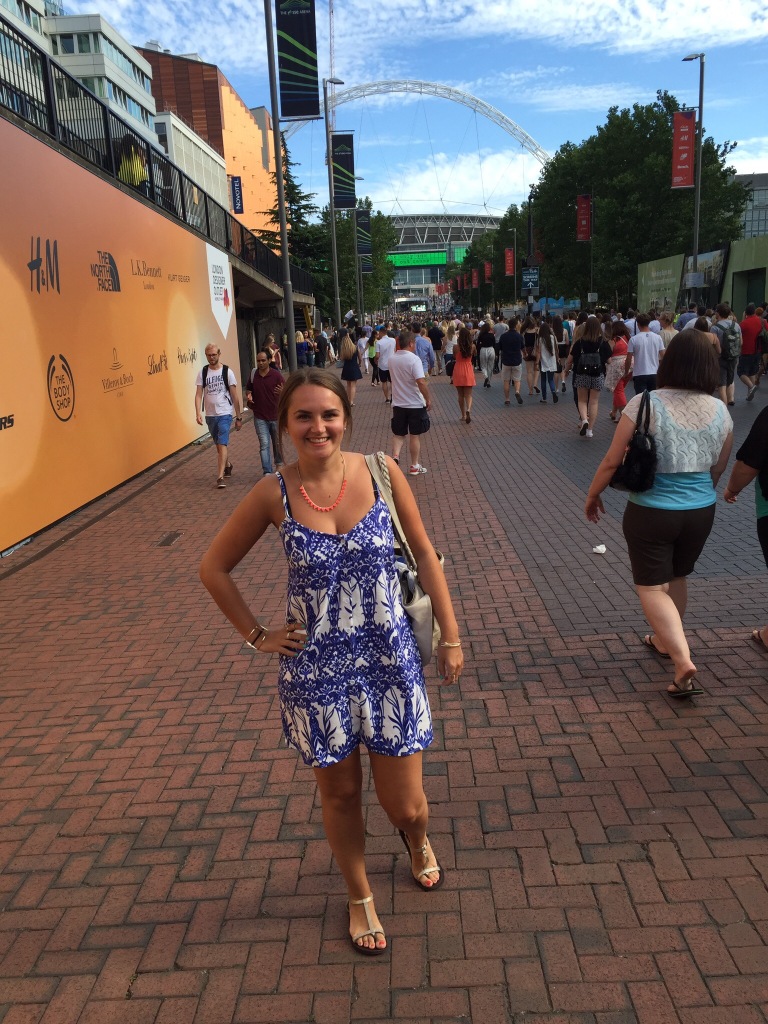 We headed straight to TGI. There was a queue out the door, but we figured every where would be just as busy. Waited in line for about 15 minutes, the bouncers the let you through the door. Once inside you get a buzzer and then wait in the bar area. This was so busy, you had to wait in line for about 10 minutes! Matt got a beer and I got a lime mojito. We had only sat down with our drinks a few minutes and I’ll buzzer played a song, went to the counter, only to be told the buzzer had run out of battery! Back to the bar area for us. We didn’t wait too long and got to our table about 7.00pm. 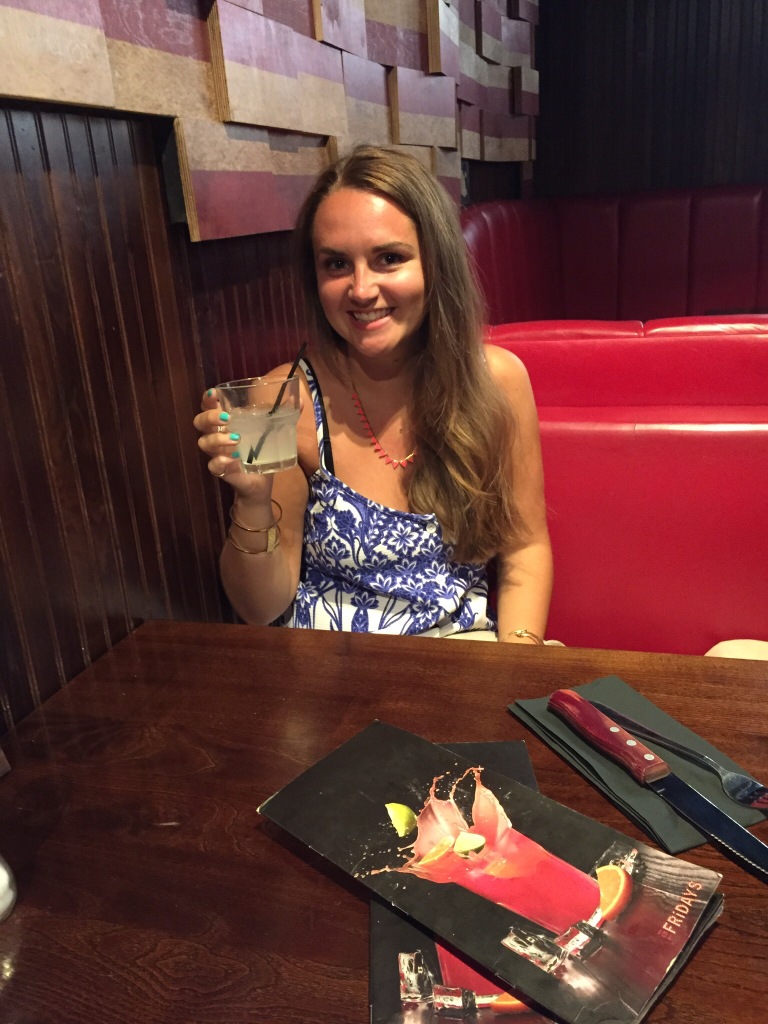 We knew it would be a while on the food so we ordered starters and mains to all come out together. The waitress agreed that, that would be the quickest option.

I had mushroom bruschetta. I love this starter from TGI. You get a fair sized portion, that you could have it as a main dish. You get four triangles of toasted ciabatta topped with, tomatoes, mushrooms topped with an Alfredo sauce. I love it! For my main I had chicken fingers, I didn’t want anything too filling as I didn’t want to feel bloated during the concert. This was a good choice. As it all came out at once, I could dip the chips and chicken in the sauce from the bruschetta, really yummy.

Matt had his favourite starter, jack Daniels chicken strips. He loves them! If he could pick one starter from any restaurant, it would be this. It’s just breaded chicken in a jack Daniels sauce. I personally don’t like the sauce as it is really sweet, but he loves it. As his main he had the 1/2 rack of ribs, with the jack Daniels sauce again. I think he does this on purpose so I don’t try and steal some of his dinner. 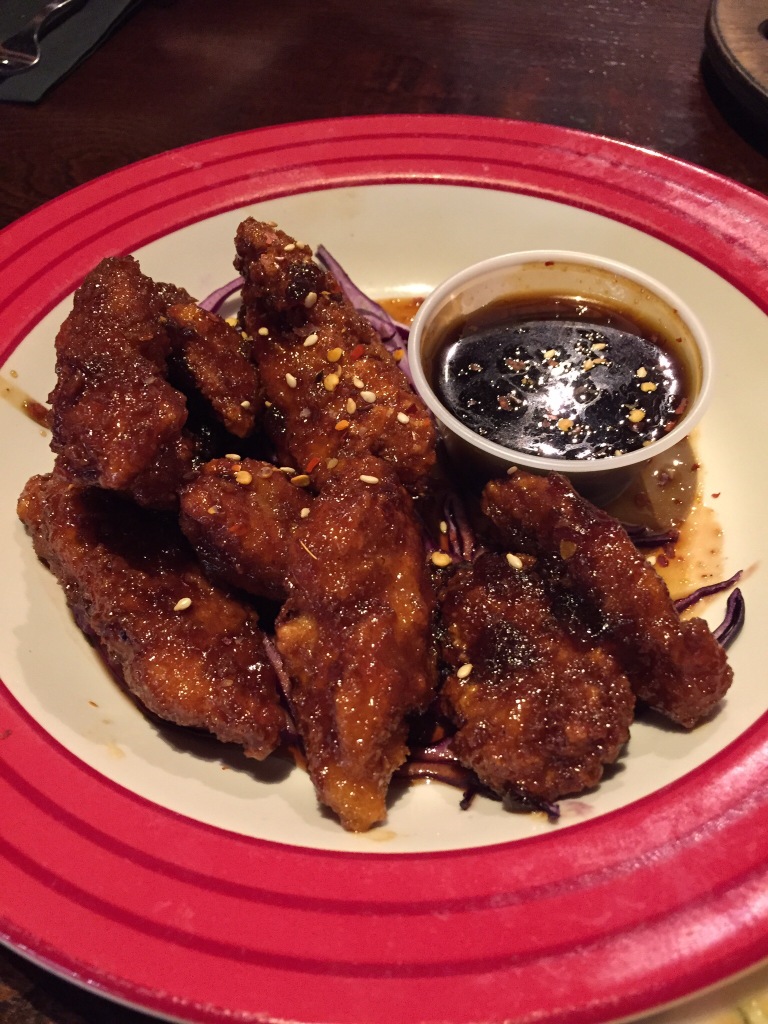 No time for pudding! We asked for the bill and we were out of there. Always keep the receipt, as there is the opportunity to get a free starter on your next visit. All you need to do is visit their website and complete a survey using the number on the receipt, most of the time they highlight for you. The code is only valid for 48 hours so be quick!
We made our way into the stadium. Wow it’s huge. Neither of us have ever been in there, so it was all exciting. It was huge. It was such a good feeling knowing, everyone there was all there to see Ed Sheeran. 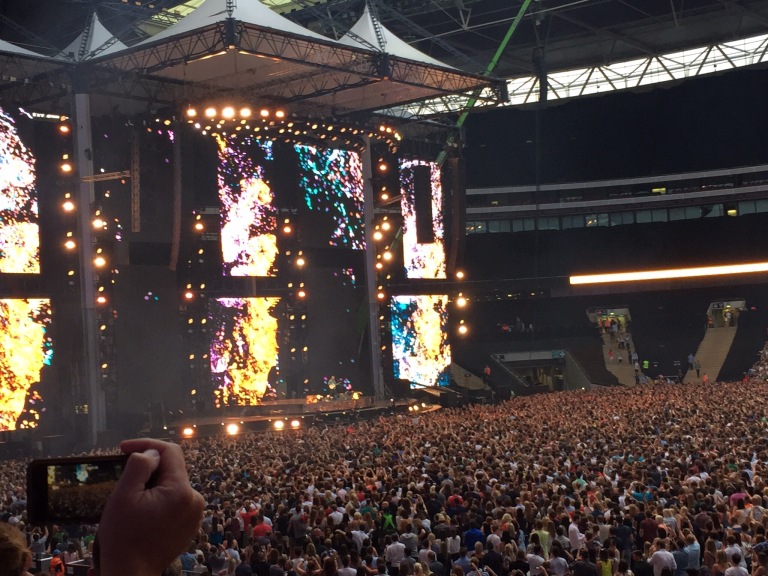 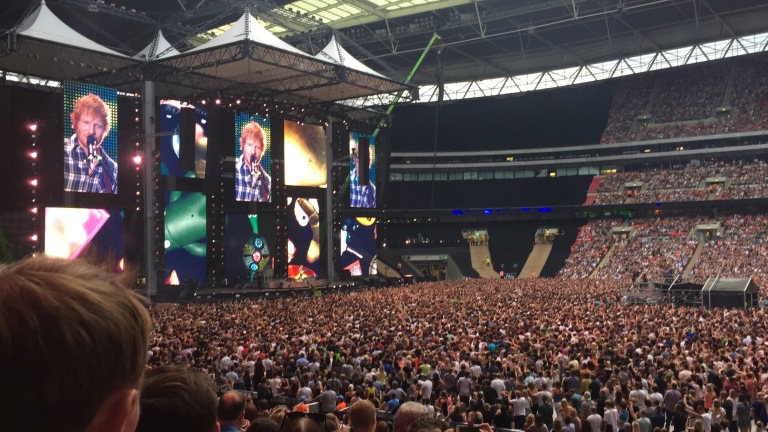 He was amazing! I tried to film bits for my friends but I ran out of phone memory so couldn’t get as much as I wanted. I will add some of the videos to my Instagram account soon. He did a few of his classic ones and some from his new album. The biggest surprise was Sir Elton John coming to the stage! Ed Sheeran said he owed some of his success to him, so wanted to share the stage with him. The crowd went wild. It was really special. I am so glad I got to see that. We went on the Friday and I think he filmed the night for his DVD. I even think a few rows in front of us, a couple got engaged while he sung thinking out loud!

As it was in the stadium, it was all open. As soon as it got dark you could start see the torch lights on everyone’s phone. It was really special. I bet from the stage it looks amazing.

The worst thing about going up to London is fighting with the mob of people, trying to squeeze on the train to get home. We sneaked of early avoid this, so it wasn’t too bad. They had stewards all down the walk way to the tube station stopping people, so it was all handled well. The trains weren’t too over crowded.
It was such a brilliant night. I would highly recommend anyone to try and get tickets if you still can. Next time he tours London I will be getting a ticket!

One thought on “Ed Sheeran x”